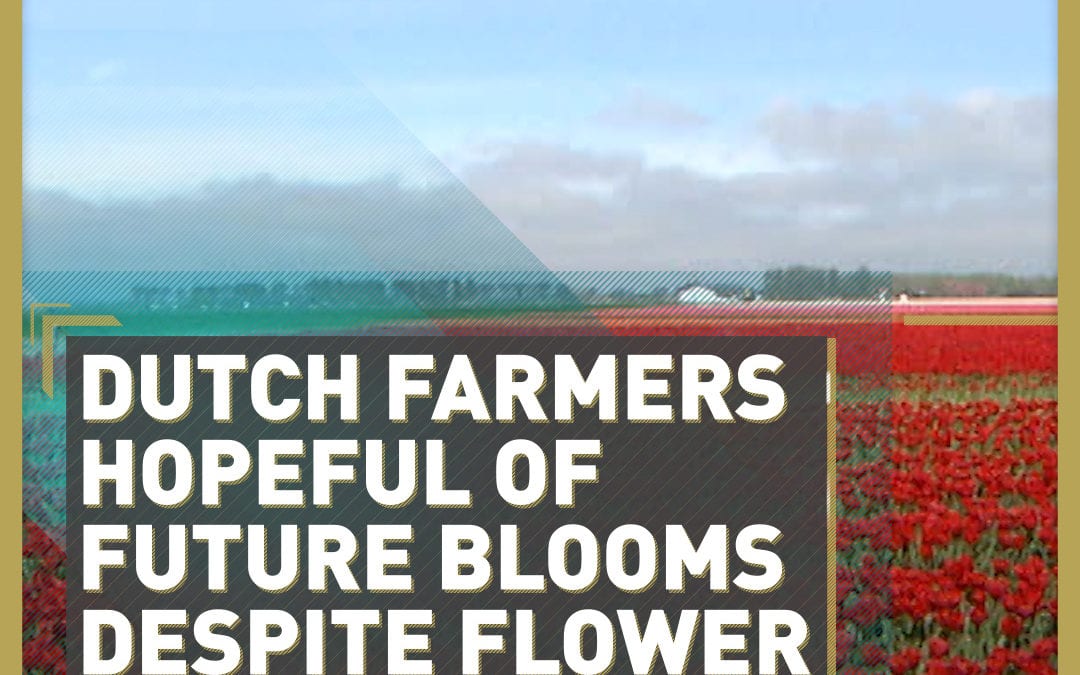 Dutch flower growers are looking ahead to next year’s crop, as the business falters this year because of COVID-19.

Munster Flowers, run by Sandra Munster and her husband, sells 12 million flowers or bulbs a year, with April and May usually the high season for their flower-loving customers.

But this year, millions of flowers have been destroyed as the market for florists selling cut-flowers, as well as the bulb market for those wanting to spruce up their gardens, has collapsed.

"It’s [had] a big impact on our business, firstly the price of the cut-flowers went down hugely in mid-March… Next to that, I do guided tours of my greenhouses and the tulip fields – and tourism is zero," Munster told CGTN Europe.

The tulip-grower estimated nearly $500,000 would be lost during the pandemic.

The north and west of the Netherlands is dominated by the colorful fields growing tulips and other flowers. More than half the flowers sold in all the world’s florists come from this region.

So the Dutch government has stepped up and provided financial aid for the sector. Nearly $650m will be set aside for the Dutch agriculture sector by the Amsterdam government, amid the crisis.

"We stand up straight and… look to the future," Munster told CGTN Europe, "Next spring the flowers will bloom again for sure."