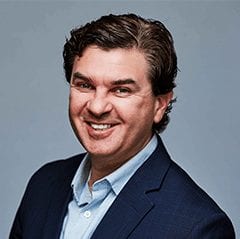 “Which new technologies and business models pose a legitimate threat to mass-market floral market share, and which ones will be flashes in the pan?”

Thirty years ago, U.S. mass-market retailers sold very few flowers. Fast forward to today, when almost all 23,000 supermarkets and many big-box retailers sell fresh flowers in one form or another, to the tune of more than $6 billion a year. This is a remarkable achievement, and it has expanded flower consumption in this country, but threats to this market share may lie just around the corner over the next decade.

As “on demand” last-mile delivery networks are built out over the next few years, there will be many different verticals pushing flower products through these new distribution pipelines to consumers and businesses alike. For the existing mass-market players, this means the historical “convenience” advantage of buying fresh flowers locally at a supermarket may start to diminish as more convenient forms of flower purchasing evolve. High fixed real-estate costs are no longer a strategic advantage in a world of autonomous delivery vehicles, 24/7 smart kiosks and delivery drones to come.

It’s no secret that Kroger, Target and Walmart are all vying for a share of this rapid same-day delivery market, with some players owning their own delivery networks (Target acquired Shipt early last year) versus others leveraging crowdsourced delivery networks (such as Uber, Lyft, Instacart, etc.) in different markets. History has shown us how many different verticals were blindsided buy new technologies and competitors that they never imagined. Here are some examples.

The threat of “disrupters”

This brings us to some of the current venture-funded flower players. Will new players like UrbanStems (urbanstems.com) and The Bouqs Company (bouqs.com) pose a challenge to existing mass-market players? My opinion is, most likely not because there is no inherent value in delivering the same mass-market bouquets at two to three times the price compared to going to a nearby supermarket or box store and picking one up in person. If retailers (like Whole Foods Market) start offering delivery within two hours for free, then any competitive advantage evaporates from these possible disrupters evaporates.

The fact is that many venture-backed startups are incurring negative cash flow and at the same time dealing with exorbitant customer acquisition costs. When the easy venture money dries up, many of them will, most likely, perish.

At the same time, mass-market players should not be complacent, by any means, as the biggest competitive threats usually come out of left field, where you least expect it to come from. Kudos to Kroger for investing in the latest automated delivery technologies.

History is full of examples of different verticals caught sleeping when new consumer options and technologies came into the market. CEOs must either embrace change and encourage their teams to take risks or risk being left behind in a rapidly evolving marketplace.

Alex Frost has founded and operated multiple technology and marketing companies in the floral industry for more than 25 years. He has also developed unique supply chain software for the flower industry. Contact him via email at alex@quickflora.com.