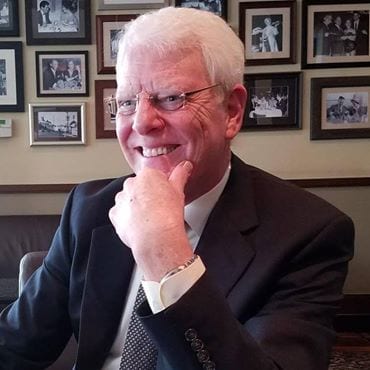 Last October, Asocolflores, the Association of Colombian Flower Exporters, invited a lucky group of journalists from around the world +to attend Proflora 2019, the organization’s spectacular biennial cut flower trade show in Bogotá. I was one of those journalists, and while it was not my first time there, attending this international floral event – which should be on everyone in the floral industry’s bucket list – once again rejuvenated me and renewed my amazement about, respect for and knowledge of how our dynamic worldwide floral community works together to bring our beautiful product to consumers in the U.S. and throughout the world. Here are some of the highlights of the show.

“Colombia’s biennial trade show lives up to its reputation as one of the premier floriculture events in the world.”

Colombia’s affable 43-year-old president, Iván Duque Márquez, who assumed office just over a year ago, in August 2018, delivered an engaging, uplifting and on-point address during Proflora’s opening ceremony. Prior to delivering his remarks, the president received a private two-hour tour of the trade show, and while he was speaking, I was struck by his knowledge of, interest in and appreciation for the floriculture industry in his country. He is a staunch ally of the industry and personally knows a number of players in the sector.

During his address, President Duque promised tax breaks and the elimination of governmental red tape for those in the industry. He also paid tribute to the positive effect the floriculture industry has had, and continues to have, on the country’s economy (flowers are Colombia’s second-leading agriculture export, behind coffee) and on the livelihood and well-being of nearly 140,000 of the country’s citizens who work either directly or indirectly in the industry. And he credited the country’s flower farmers and exporters with lifting thousands of Colombian citizens out of poverty and for providing women with employment opportunities (approximately 65 percent of Colombian flower farms workers are women).

The Colombian president expressed his wish to double the dollar volume that the floriculture industry contributes to the country’s GDP in the next decade, and to help accomplish that, he proposed two new initiatives:
1) that the Colombian government and Asocolflores collaboratively devise strategic plans to improve cut flower production and develop new markets by 2030; and
2) opening Colombian flower farms to tourism as part of a worldwide branding campaign (he knows that flowers are now as much a part of the country’s international identity as coffee and bananas).

Discovering new varieties of existing flowers and, on rare occasions, a new type of cut flower or foliage that is being commercially grown is always a highlight of a floriculture trade show – and Proflora 2019 did not disappoint. There were more than 1,400 types and varieties of flowers and foliages on display at the show, and among them were myriad new cultivars of roses, Dianthus, Alstroemeria, Chrysanthemum and Hydrangea (which are Colombia’s top cut flower crops) as well as Protea and virtually any other type of cut flower you can think of. The advancements in cut flower breeding and growing seen at this show are astounding and bode well for our industry being able to continue to excite customers with new offerings.

The standout, in my mind, and creating a buzz throughout the show floor was a new flower by the name of Ptilotus exaltatus (ty-LOH-tus eks-all-TAY-tus). Commonly known as pink mulla mulla, tall mulla mulla, bottlebrush flower and lamb’s tail, this feathery pinkish-lavender bloom is native to Australia and is a member of the Amaranthaceae family, with close relatives being Amaranthus, Celosia and Gomphrena.

We first experienced this flower while touring Rumhora, an idyllic flower farm in Cachipay, Colombia. Because this flower is new to the market and production is limited at this time (it is currently grown only by Rumhora and Guaqueta Trading), availability is somewhat limited at this time, as well. But based on the reaction to this flower at the show, I predict that it will become wildly popular among both florists and consumers, leading to wider production and sufficient quantities to satisfy demand within the coming year.

In addition to learning, networking and seeing the latest products the industry has to offer, discovering new trends is one of the benefits of visiting at prominent international trade show like Proflora. And the one that stuck in my mind was the evolution of flower “walls” – the ways in which they are designed and their shapes and sizes (from small to massive – one was more than 20 feet tall!). The newest concept at this show was how the flowers are arranged, to create “paintings,” of sort – more like floral artwork – and even company logos, which is a great marketing idea for retailers with corporate clients.