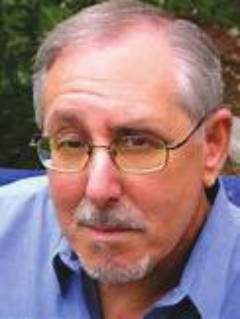 Tips for managing a multigenerational workforce.

This is becoming an increasingly complex situation with as many as four different generations in the workforce for the first time in history: baby boomers, Gen X, millennials (Gen Y) and post-millennials (Gen Z). Furthermore, the gaps between these generations have never been wider.

The upside for most retailers is access to a larger workforce and a diversity of opinions and experiences under the same roof that should benefit the company and customers.

The downside is that when these age groups end up being adversaries in a multigenerational “game of thrones,” with one group seeking to hold onto its power in the organization and the others trying to overthrow them. This can create chaos within a company.

There is a certain Darwinian logic to all of this. With survival of the fittest, traditionally the young, more fit survive and push out the old. However, the big change since the dawn of human history is that we’ve traded throwing spears for writing code, so the meaning of survival has been fundamentally redefined.

For baby boomers, working longer is primarily an economic issue. Achieving financial independence that will last through retirement has become a moving target that’s harder to hit thanks to financial crises and fiscal uncertainties. As people work longer, there’s a logjam of those trying to move up within an organization.

This is only going to get worse. According to the Bureau of Labor Statistics, about 10,000 boomers will turn 65 every day through 2030. As an employer, you want to make sure their experience, wisdom and cultural insights are shared and not lost.

The frisson emerges with work styles, competition and salaries. Younger workers have a different collaborative work style from their older colleagues, are they are more technically proficient and have different needs based on their life stages. They tend to be anxious to do things a new way, to work in teams and to place quality of life over loyalty to employer. They can play a valuable role in reverse mentoring to bring older work associates up to date on technology. Older employees, on the other hand, are uneasy with new technology and the fact that someone half their age can do the same job at half their salary.

The situation may come to a head, or headache, soon. According to census statistics compiled by the Pew Research Center, by the end of this year, the 22-to-38-year-old millennial group will supplant the 55-to-73-year-old baby boom generation as a percentage of the nation’s population.

You can always adopt the reported IBM model of targeting older workers for the boneyard, regardless of experience or performance, in order to lower salary costs. An article last year in ProPublica, a nonprofit investigative journalism group, estimated that in the past five years alone, Big Blue has eliminated more than 20,000 U.S. employees over the age of 40, which is about 60 percent of its total U.S. job cuts during those years.

Aside from potential legal pitfalls, most companies have learned that turnover has significant costs attached. Training new people is expensive. And millennials have a habit of moving around with far greater frequency than their older counterparts. So, the perceived cost savings of hiring younger (mercurial) employees can be a myth.

An overarching organizational cultural problem is that many companies still think in terms of stereotypes rather than diversity and inclusion in terms of how to integrate people with different skills and ideas to innovate better solutions, internally and externally. Millennials and their younger counterparts are more attuned to new technology, and they’re sometimes seen as apathetic and even hostile to traditional values and methods. Additionally, they’re looking for flexible work schedules and workplace environments that promote teamwork and spontaneous engagements.

On the other hand, boomers tend to be tech deficient and wary of new ideas that seem career threatening.

Both age groups could suffer from myopia and be out of touch with customers who don’t fit into their own cultural and demographic cubbyholes. There is also an interesting ethnic element to this: According to the Center for Human Resources, approximately 72 percent of baby boomers are white. But whites make up only about 56 percent of millennials, making that generation more diverse and inclusive.

The fact is that everyone has biases and preferences and will always view the work environment differently. These aren’t character flaws but are attributes; how this bouillabaisse of talent is managed is the real key to success for any company. Massive disruption in the retail industry brought about by the internet – by both online sales and tech-related infrastructure – may point to an increasing need for younger digital-native employees, but it doesn’t make the skill-sets of baby boomers obsolete.

An important part of any company’s culture must include the commitment to establish mentoring, reverse mentoring and multigenerational programs. Millennials and baby boomers have much to learn from each other but only if a company focuses on tearing down walls and building bridges. This means eliminating, or at least reducing, anxieties that each of these groups has. Also, according to research by staffing agency Robert Half International, the top issue is communication skills. Baby boomers are said to be more reserved and independent while millennials tend to favor more collaborative interactions.

There are a number of meaningful steps that can be taken to bridge the gaps.

• A company should recognize generational differences in the workplace and find out what’s important to each. The overlap reveals the common ground between groups of employees – things that will benefit everyone and bring them together.

• Create a diverse and inclusive advisory board consisting of people from every generation to assess training methods, workflow, scheduling, workplace culture and other factors.

• Form multigenerational, diverse and inclusive project teams designed for team building. These teams can bond people together, and the exchange of skills and experiences and using a systems-thinking approach to problem solving can bring new ideas to the table and open the door to cross-generational mentoring.

This also addresses one of the top issues when it comes to generational differences in the workplace, according to research by Robert Half International: communication skills. Baby boomers are said to be more reserved while millennials tend to favor more collaborative interactions.

Management style is a key to embracing a multigenerational workforce. Studies show that millennials, overall, relate far better to a coaching style of management than to a more traditional top-down authoritative approach. Off-site project teams that encourage social interactions are an effective management strategy for younger employees. This is social learning at its best and may be a great tool for all generations.

Nothing changes in a vacuum. Ultimately, for cross-generational teams to be successful, there must be a significant change in the mind-set of leadership filtering down to the workplace culture and all employees. This is the only way for boomers, millennials and all generations to work together as partners on a collaborative journey rather than being adversaries in the corporate pecking order.

Len Lewis is editorial director of Lewis Communications, Inc., a New York- based editorial planning, research and consulting firm. He is a contributor to several retail publications and trade groups in the U.S. and Europe and the author of The Trader Joe’s Adventure: Turning a unique approach to business into a retail and cultural phenomenon. Contact him by email at lenlewis@optonline.net or via his website, lenlewiscommunications.com.