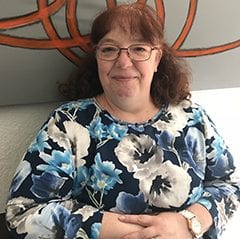 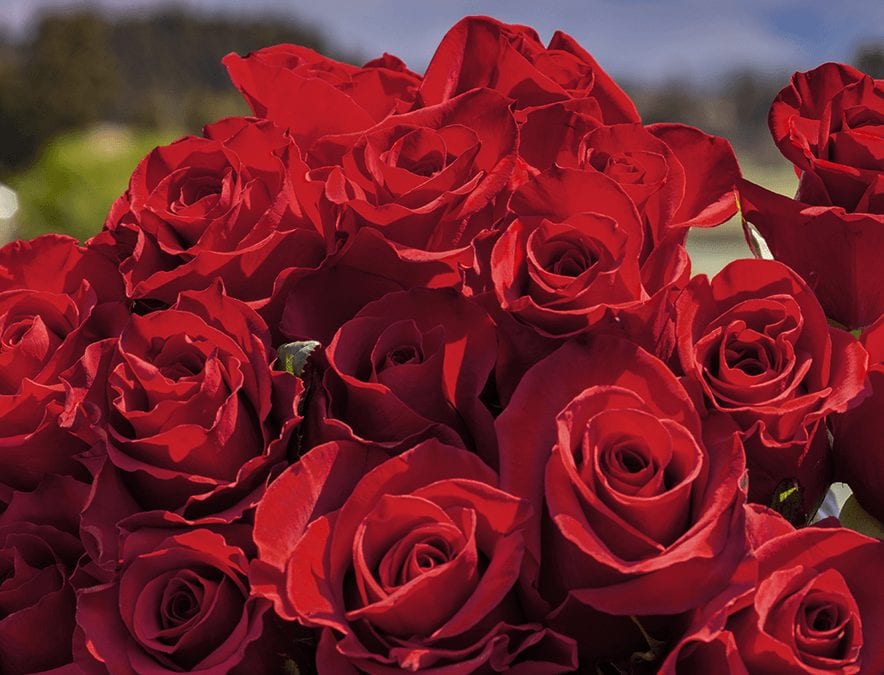 As one of the smaller countries in South America (roughly the size of Colorado), Ecuador continues to grow its big reputation among the top exporters of cut flowers worldwide. Like areas to its north in Colombia, Ecuador takes advantage of its equatorial location (long hours of daylight) and the ideal climate of its Andean highlands (abundant sunshine, warm days and cool nights) to produce many varieties of flowers – most notably roses – that are sought by flower importers around the globe. Since establishing its presence in the floral industry in the 1990s, Ecuador has developed agricultural protocols and best practices for cut flower production that ensure reproducible growing results, which create high demand for the country’s floral exports.

Beautiful large-headed roses with long, thick stems are the cut flower crop that Ecuador is most known for, and worldwide demand for them continues to increase. The climate and fertile soil of Ecuador’s flower-growing regions in the Andes mountains (9,200-9,800 feet above sea level) are among the unique factors that offer flower growers distinct advantages for rose production, which contribute to the size, sturdiness and quality of the blooms cultivated there. Currently, Ecuador has some 4,500 hectares (approximately 11,000 acres) of flowers planted, nearly 62 percent (2,800 hectares/6,900 acres) of which are roses.

The Ecuadoran flower market supplies 72 countries around the world with floriculture products, and many growers are now paying closer attention to environmental concerns and certification programs that demonstrate their proactive farming measures. Many farmers are rethinking their use of complex heating and lighting systems, as well as thirsty irrigation systems, and they’re looking to make their infrastructure more environmentally conscious while remaining user friendly and cost effective. These same farmers are also reducing the amount of pesticides and chemicals they use by introducing natural pest repellents. Changes such as these can help extend cut flower vase life, enabling the beauty of Ecuadoran roses to be appreciated longer by consumers everywhere.

A ROSE FARM BY ANY OTHER NAME

As a follow-up to our profile of Colombian flower farms in the February/March issue of Super Floral, we selected four flower farms in Ecuador who specialize in growing roses for the cut flower market. We learned more about who they are and what they do, as well as what they have planned for the future.

florana.ececoalternativas.com.ec (Organic lab products are sold under this brand)

Florana Farms was founded in 1997 by Fernando Martinez, CEO, who, while living in Canada, decided to go back to Ecuador to prove to the world that Ecuador was just as capable as other countries of producing beautiful high-quality floral products in an environmentally friendly manner. “It became evident to me that chemicals and pesticides were harmful and causing many diseases,” Martinez explained. “They were also depleting the soil of all its beneficial microorganisms, minerals and insects, which would render it useless in only a few years. Such a realization of the devastating damages to our planet and future home for our children is why we make the well-being of our customers, community and employees a priority, and this is why we grow organic roses.”

Florana Farms started growing carnations and spray carnations but later decided to become a grower of higher quality eco-friendly roses. Currently, Florana Farms organically grows 66 premium varieties of roses on 49 hectares in Cumbayá. The company has also reduced the use of chemical products by manufacturing its own organic inputs on its farms. It makes products such as soil conditioners, fertilizers, bioinsecticides and biofungicides in its labs to guarantee that its roses are grown organically and cared for in the best way possible.

Martinez said, “We take roses personally, ensuring that the raw materials used to make our products are GMO-free. Our team has been carefully trained in the craft of cultivating beautiful roses. From the growers in the field to the engineers in the labs, our team members are rose experts.”

In the near future, Florana Farms plans to reach out to targeted mass markets in the hopes of establishing another option for their rose varieties to end up in the hands of consumers.

• In 2005, Ecuador was responsible for 6 percent of the worldwide cut flower exports; by 2015, that number had increased to 9 percent.
• Ecuador is the third-largest cut-flower-exporting country in the world, behind Holland (No. 1) and Colombia (No. 2). It is followed by Kenya (No. 4), which is becoming an even bigger competitor for Ecuador.
• The biggest buyer of cut flowers produced in Ecuador is the United States. Besides the U.S., Ecuador also focuses on the markets of Russia, the United Arab Emirates (UAE) and Europe.
• There are approximately 4,500 hectares (11,000 acres) of flowers planted in Ecuador, including 2,800 hectares (6,900 acres) of roses.

Nevado Roses was founded in 1997 by Robert Nevado, a man whose vision and conviction led him to become a recognized leader in the floral industry. After working as a mechanical engineer in Spain, he migrated to Sweden and began exporting products from Spain’s largest floricultural companies to several countries in Europe. In 1995, Nevado started his own production, and after just few years, he settled in Ecuador. He was director of Expoflores (Ecuador’s national association of flower growers and exporters) in 2003 and vice-president of the Union Fleurs (an international flower trade association based in Brussels, Belgium) in 2016.

Nevado Roses comprises two farms located in the province of Cotopaxi, south of Quito. One farm boasts 36 hectares (90 acres) of roses, and the other farm, founded in 2006, boasts 11 hectares (27 acres) of roses. Nevado Roses produces more than 70 varieties of roses in a wide range of colors and lengths up to 5 feet, and with the help of 500 workers – 60 percent of which are women – it exports roses to more than 30 countries.

“Our main objective is to take care of our invaluable network of clients, with the delivery of roses of the highest quality and excellence in service,” Nevado said.

Royal Flowers was founded in 1991 and is one of the world’s leading suppliers of high-quality flowers with inventory in Quito, Ecuador; Miami, Fla.; and the Netherlands. The company started with four hectares (10 acres) of roses, and currently grows 221 varieties of 19 types of cut flowers on 130 hectares (320 acres) at three locations. It exports more than 90 million stems – 90 percent of which are roses – annually to every corner of the globe. The U.S. is the company’s largest distribution market, consuming more than half of its production.

The company’s flower farms are located in three valleys in the Andean region of Ecuador. The largest of the three farms, Continex, is situated on 64 hectares (160 acres) south of Quito, at an altitude of 3,000 meters (9,850 feet), close to the Cotopaxi volcano. Distinct microclimates grow vibrant flowers in nutrient-rich volcanic soil, with clean water and 12 hours of sunlight year-round. The other two locations are near the airport and to the east of Quito.

Currently, Royal Flowers employs 1,050 people and harvests 300,000 stems per day. In addition to roses, the company grows “summer” flowers, including Hydrangea. It complements the products it grows with flowers from farms in Colombia, Costa Rica, Peru, Thailand, Africa and Holland.

Flowers from Royal Flowers’ farms are Rainforest Alliance Certified, which dictates that they are managed according to rigorous environmental, social and economic standards. The company has also invested in irrigation systems, fertilizers and modern cultivation techniques in an effort to differentiate itself, and it is working to achieve a better ratio between organic and chemical farming.

In addition, Royal Flowers works closely with its sister company, FreshLink Cargo, in Miami, to ship 300,000 boxes of flowers per year worldwide by air, sea and ground.

Juan Martín Gómez, chief quality officer, points out, “We plant mint as an insect repellent, and we keep our crops clean and free of diseases. Another repellent of insects is lavender, so we plant it on the outer part of our greenhouses, so the insects do not come into the greenhouses.”

Rosaprima has also implemented an automatic skyline transportation system that brings the freshly cut roses from the fields to the post-harvest facility in 20 minutes, where they are immediately hydrated with pH-balanced water. Together, these practices add a minimum of three days to the vase life of the roses.

Rosaprima is certified by international programs such as Rainforest Alliance and the Business Alliance for Secure Commerce (BASC), as well as Flor Ecuador, and continues to be a leading name in corporate sustainability practices in Ecuador.

In addition to increasing the vase life of roses, Rosaprima is also focused on decreasing its water usage with a state-of-the-art irrigation system that saves more than 300 million liters of water per year. The technology not only ensures maximum efficiency of water use but also guarantees that plants receive the right amount to grow the most beautiful roses. The company also makes sure wastewater is treated, and constantly measures the levels of nitrates in its soil to avoid any contamination of aquifers.

For its farm employees, Rosaprima provides free medical services at its on-site health clinic. Wellness appointments, family planning and health education are available to workers and their families, and the company physician also sees patients at the local hospital for emergencies, surgeries and childbirths.

Along with healthcare, Rosaprima has developed educational programs for its workers, and the company funded the construction of the first local school, as well as a day-care center, IT centers and after-school programs.

• Colombia and Ecuador dominate each other in different countries: – Colombia exports more flowers than Ecuador to these countries: U.S., Canada, U.K., Japan and Korea – Ecuador has the upper hand over Colombia, in these countries: Russia, Germany, China and Spain.